Subaru announced in May that its all-new, all-electric Solterra SUV would be joining its lineup in 2022. The SUV is a joint venture with Toyota and will likely compete against similar-sized electric SUVs such as the Ford Mustang Mach-E, Volkswagen ID.4 and its Toyota cousin, currently dubbed the bZ4X Concept. We still don’t know much about the Solterra, but a few new images provide some hints of what’s to come. 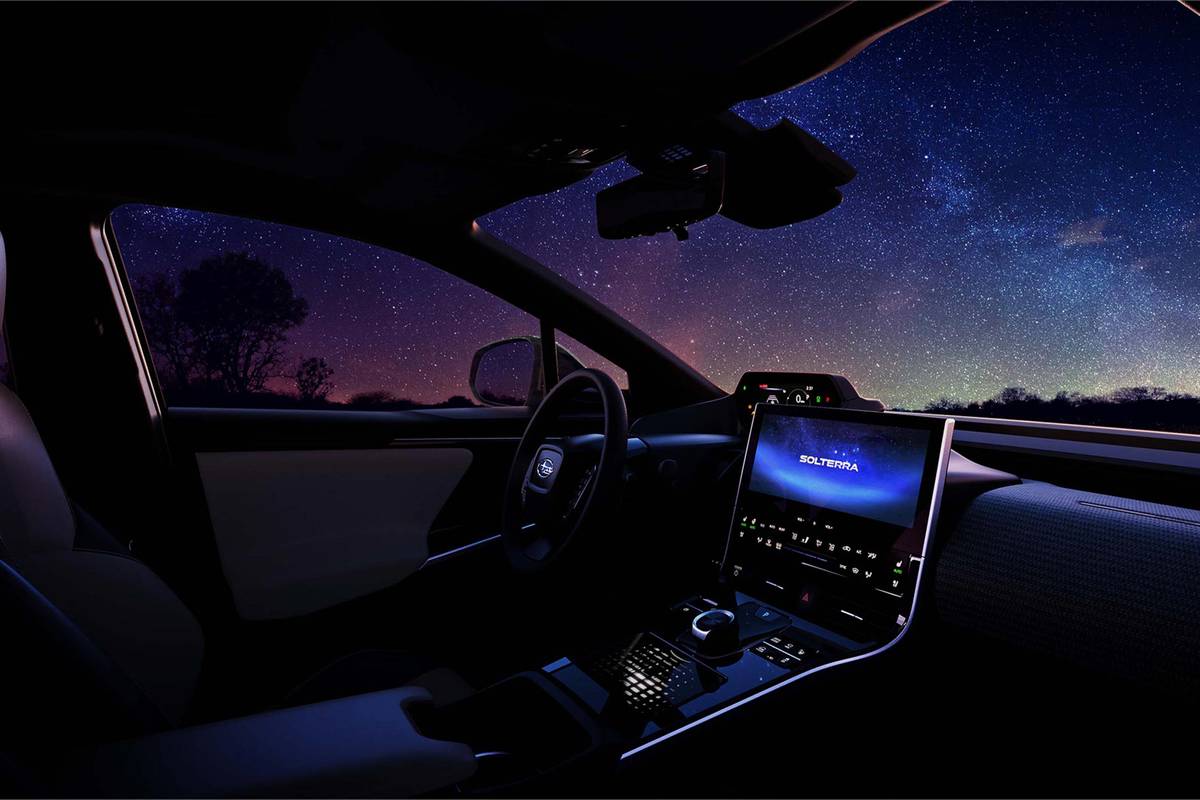 Subaru bills the Solterra as “the most technologically advanced Subaru ever,” and the new image of its interior showcases a large, horizontal display along with a host of what may be — but hopefully aren’t — capacitive-touch controls. Below the screen and controls appears to be a rotary gear selector and then a possible touchpad controller for the display; whether that’s actually a touchpad and whether that’s the only way to control the large display is unclear. We hope the display is also a touchscreen, as that’s the easiest way to navigate features like Apple CarPlay or Android Auto. Subaru promises “ample backseat and cargo room” but hasn’t provided any interior dimensions. The automaker also hasn’t said much about the Solterra’s powertrain except that it will be all-electric and come with standard all-wheel drive.

The Solterra is currently scheduled to go on sale in 2022, according to Subaru.